With a setback of up to 30ft/9m, you can easily reach second and even third story windows without elevating devices (in North America).

The airstream can hit the front door of a hotel from the curb.

Adding these to the current inventory of big box stores, airports, high-rises and hotels, the need for tools to fight large structure fires is clear.

These require massive PPV ventilation because you can’t support firefighting operations in a large structure only using small fans.

There is no industry published testing for LSV fans so we have devised our own.

Rigorously tested to meet the demands of real life

Our engineers have devised tests to accurately document the airflow from large structure ventilators. These tests are designed to mimic the characteristics of an actual structure fire.

Keep in mind that airflow doesn’t necessarily create pressure. It’s the volume delivered through the door that does. The question is, how much air is enough? Too much pressure is bad.

Airflow from the VX700 is enough to clear large structures.

The VX700 is an affordable, practical solution.

It’s easy to maneuver.
One man can move it directly in front of a door.

Until now, Large Structure Ventilators have been huge monsters that are difficult to move and maneuver, which limits access.

They require a large storage space and have price tags that are budget-busters. This limits most cities to a single unit for the entire area.

Distributed equipment is better than one piece in a single location.

With just one huge monster, you limit your response ability.

With multiple VX700’s you can cover much more area for the same cost or less. With many units you get operational flexibility and faster response times.

Fires don’t always occur near the central station. The VX700 lets you afford to station the big airflow in close to where it’s needed.

View as Grid List
Sort by
Display per page 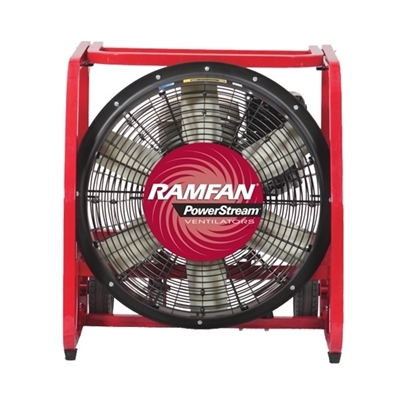